Toyota RAV4 vs. Mazda CX5: Which Should You Buy?

Toyota RAV4 vs. Mazda CX5: Which Should You Buy? 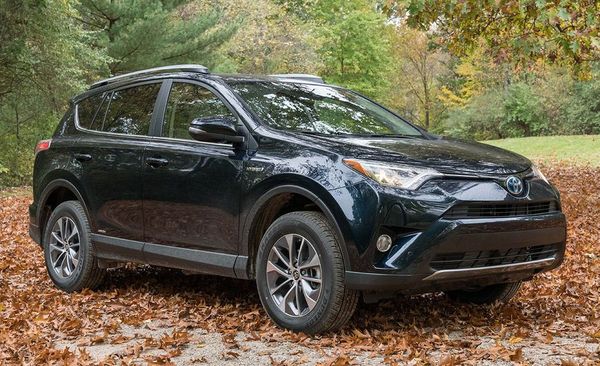 The Toyota RAV 4 is a great compact crossover.

The compact crossover is one of the most popular designs of car on the road, mixing the seating of an SUV with the maneuverability of a sedan. And two of the most popular crossovers, the Mazda CX-5 and the Toyota RAV-4, are usually on the “to-drive” list of crossover shoppers. But the differences between the two can be hard to spot in some areas and glaring in others. Here’s what you need to know.

Honestly, if you sat blindfolded in both the CX-5 and the RAV-4, and took the blindfold off, you’d probably be hard-pressed to tell the difference between the cabins. They are almost the same from a passenger perspective, with similar leg room, head room, and shoulder width. About the only notable difference is a few inches of hip room in the back seat of the RAV-4, which has a slightly narrower spread.

They’re essentially the same in other respects too, getting about the same gas mileage from the same size of gas tank, with the RAV-4’s only holding a gallon more gas, and using the same 2.5L four-cylinder engine, using two-wheel drive to get around the city. They both seat five people. They both have a bit of a critical reputation for lacking refinement. The sticker prices and actual sales prices, and thus their monthly payments, line up almost perfectly. They even use the same kind of tires! You’d be forgiven, at first glance or looking at a technical sheet, for thinking somebody’s playing a prank on you. But if you look closer, some key differences might decide it for you one way or the other. 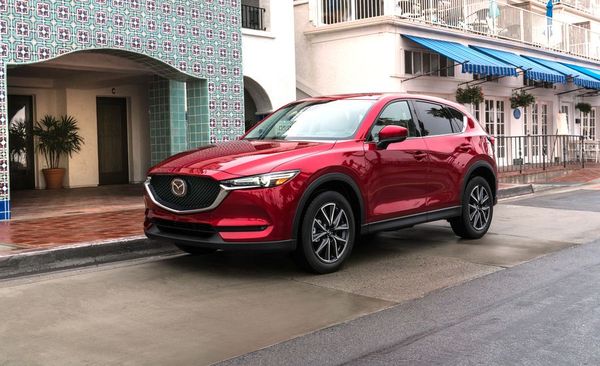 The CX-5 and RAV-4 are different in some small but crucial respects.

First of all, the CX-5 has more oomph behind its wheels. It can tow 500 more pounds than the RAV-4, and it appears as things evolve, Mazda is going to get a lot more power into the CX-5’s supposedly modest engine. Toyota, on the other hand, seems to simply have decided nobody needs towing capacity above 1500 pounds. In general, critics have found the CX-5 is the car that’s more fun to drive, sportier, more responsive and better designed as a driving experience.

The flip side of that is Toyota has focused on the amenities in the cabin. It should be noted that neither company has really cracked the “infotainment” system in the dashboard just yet, as even the most enthusiastic fans have a few reservations about its design. But Toyota is ahead in that race, with a more popular system. Mazda’s is substantially more frustrating and poorly designed, and if you spend a lot of time trying to placate people with what’s on the radio, that may be a deal breaker.

Most importantly, though, the two crossovers handle very differently. If you take them both for a test drive, it really underscores just how different these cars are, and you may find yourself in love with one over the other, especially since the prices more or less line up. In short, either the CX-5 or the RAV-4 is a good choice for a compact crossover, but only you can choose what’s best for you. For more on crossovers, and finding the right one, start with the research from CarFoundMe!